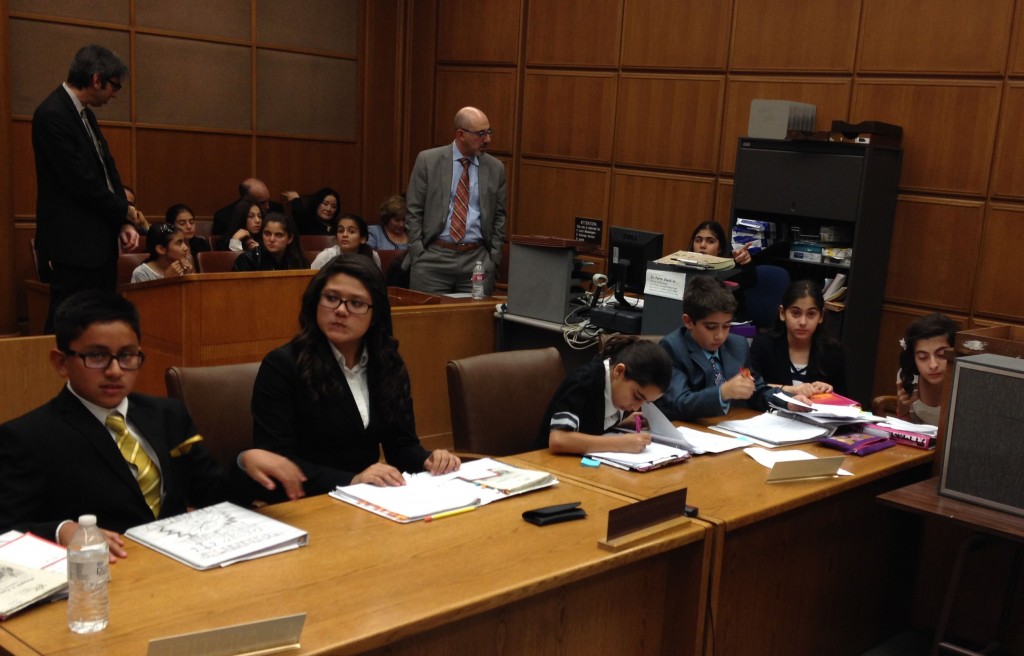 Evan Shem stood in court, accused of grand theft. Prosecutors alleged Shem, an art student, used a position of trust to steal Fletcher Yazoo’s Treason, switching the valuable painting for his own expert copy. Evan’s good name, budding career and freedom were all on the line, entrusted to his defense team, an intrepid band of middle-schoolers from Armenian Sisters Academy in Montrose! 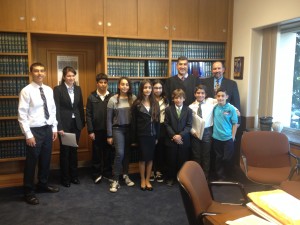 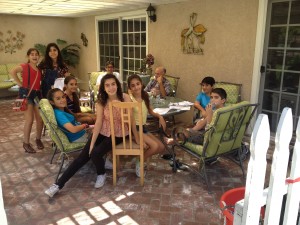 Under the able supervision of teacher-coach Will Bassett, ASA has fielded a middle school Mock Trial team (the only Armenian middle school team in the program) for over six years now. Each autumn, teens and tweens become prosecutors, defense counsel, lay and expert witnesses, bailiffs, a clerk/ timekeeper and, often, courtroom artists. The team spends months in an elective class, after school practices – and on occasional weekends – honing their research, critical thinking, public speaking and pizza-eating skills. 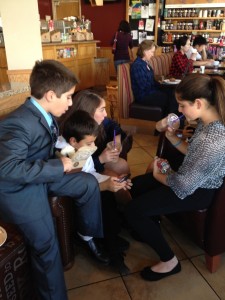 ASA’s 2013 team in pretrial conference at the Coffee Bean.

In preparation for trial, students apply the advocacy techniques they’ve learned to principles of constitutional and criminal law, criminal procedure and evidence. In essence, the team learns how to create and deliver persuasive legal arguments.

“It’s an interesting transformation to see,” says Sarkis Jacob Babachanian, an ASA attorney-coach who volunteers along with Saro Kerkonian. “New team members come in enthusiastic but intimidated, find their comfort-spot, put their noses to the grindstone and work. Soon you see their metamorphosis into confident trial advocates in command of the law and facts. It makes me smile.”

And as much as winning is important, so, too, is the experience. Says Babachanian, “A couple of years back, a key witness overcome with stage fright hid out in a phone booth at Mosk. With gentle encouragement, she went forward, played her role well and signed up again the next year. The program builds confidence.” 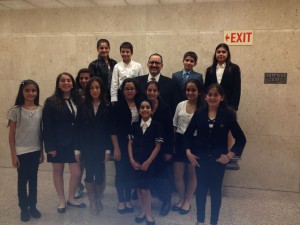 When trial time comes, students gather at the Stanley Mosk Courthouse to make opening statements, conduct direct and cross-examinations, and deliver closing arguments. Time limits are strict and coaches are relegated to the role of spectators as the team goes it alone. Volunteer judges – California jurists and lawyers – render judgment and keep score. What ultimately counts isn’t so much a decision of guilty or not guilty, but the numbers – how well the team performed.  And they’re all aiming to make it to the finals. 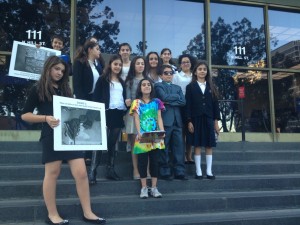 ASA’s team has always performed valiantly, often competing against large schools with student populations in the thousands. This year, two students – Rita Bedrosian and Elizabeth Hovakimyan – won first place awards as the best witnesses for their roles in the competition. Both girls received awards form the Constitutional Rights Foundation and were recognized by the Los Angeles County Board of Supervisors. Unfortunately, ASA’s 2014 team didn’t advance as far as they hoped, but there’s always next year!