Installation of 2015 Glendale Bar Association Board of Directors

Babachanian | Legal Counsel is pleased to announce that principal counsel Sarkis Jacob Babachanian has been appointed to the Glendale Bar Association’s Board of Directors for 2015. A long time Glendale trial lawyer and community activist, Babachanian will serve on the Board’s technology and social committees.

“I’m really excited to serve on GBA’s 2015 Board, and to be able to work with Gary and the team to strengthen our bar, protect our justice system and enjoy ourselves in the process. Some of the finest lawyers I know are GBA members who do great work in our community every day, and I’m proud to be in their company” said Babachanian. 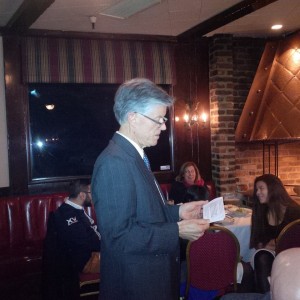