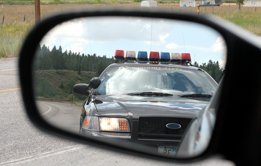 CAREFUL! The DMV will suspend your driver license without a hearing after your 30 day temporary license expires unless you request a DMV hearing within ten (10) days of the date of your arrest. We can help you get a stay of the suspension until the results of your license hearing.

Issues Influencing the Outcome of Your Glendale DUI Case

There are additional factors to consider, but those are especially important.

In California, driving under the influence of alcohol or drugs (DUI) is covered in the California Vehicle Code, mostly under sections 23152(a) and 23152(b). Section 23152(a) makes it “unlawful for any person who is under the influence of any alcoholic beverage or drug, or under the combined influence of any alcoholic beverage and drug, to drive a vehicle.” Section 23152(b) provides that “it is unlawful for any person who has 0.08 percent or more, by weight, of alcohol in his or her blood to drive a vehicle.”

BAC Note: “Endogenous alcohol” – up to .05% BAC – is in everyone at some level even if no alcohol is ingested. This can be an issue with “zero tolerance” and PAS tests on those under 21 who are supposed to not drink and drive at all.

Persons arrested for driving under the influence are usually charged under both sections 23152(a) and 23152(b). Even when a person’s BAC is less than .08 (or when BAC is unknown because of a chemical test refusal), the arrestee can still be charged under section 23152(a).

Probable cause note: You become fair game if the officer has probable cause to stop you – as simple as a broken tail light, speeding or turning right while not being close enough to the curb! The officer is then entitled to detain you and continue the investigation if he or she detects signs of alcohol or drug use or intoxication.

As DUI clients know from personal experience, officers will typically request the DUI detainee submit to a series of Field Sobriety Tests (FSTs). Officers also often request that suspects submit to a field breath test called a PAS or Preliminary Alcohol Screening test. FSTs can include some or all of the following:

If, after the FSTs and/or the PAS test, the investigating officer determines there is probable cause to believe you committed a criminal offense, you will be arrested and taken to the police station for booking and an additional chemical test (you’ll go to a clinic if you prefer to submit to a 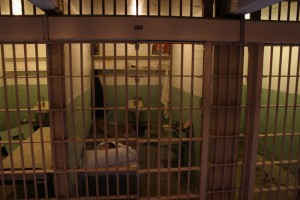 blood test). At this stage you are an “arrestee.” If you choose a breath test, you’ll typically observed for a short period and then your breath will be tested (one reason for this is to determine that you have not vomited or had gastric reflux thereby increasing chances of a false positive chemical test result). California peace officers typically do not offer urine tests anymore, but such tests are generally still available if requested.

In simple first time DUIs involving no injury accident, you’ll typically be released within around 12 hours after your arrest and after posting bail. (Sometimes arrestees can get released on their “Own Recognizance” and without posting bail, what is often called “O.R. Release.” Of course, this doesn’t apply if you have an outstanding warrant. Further, arrestees with prior DUIs or other criminal history issues may have to be bailed out or go before a judge to be released OR). Upon release, you will be given a temporary driver license (your license having been confiscated by the officer). You will also be given a citation showing basic charging information and an initial court appearance (arraignment) date.

The Court Process and the Rights of the Accused

At the arraignment, you (now a “criminal defendant”) will enter a plea and the prosecution will make police reports, lab test results and a criminal complaint available to the defense. You need not be present at the arraignment if you have arranged to have private counsel appear on your behalf – otherwise you must be present or the judge will immediately issue a bench warrant for your arrest and possibly charge you with another crime based on a failure to appear as promised.

Possible pleas to enter are not guilty, guilty and nolo contendere. Nolo contendere, also called “no contest” or “nolo,” is, for criminal court purposes, essentially the same as a guilty plea except that its use against you in a subsequent civil lawsuit (such as one arising out of a DUI-related car accident) may be limited.

The next court appearance after arraignment is typically a pretrial hearing. By now, your defense attorney will have had a chance to investigate the facts, the police report and applicable law more thoroughly and can – if appropriate – begin discussions with the prosecution on the proper disposition of your case. If no agreement can be reached, the case will be set for trial and possibly another pretrial hearing.

In some cases a good DUI defense attorney can get the prosecutor to drop or reduce the charges (such as to a charge of “wet reckless” – reckless driving involving alcohol). In other cases, the choices become more limited. For example, a client may strongly believe in his innocence and refuse to plead guilty or no contest. In other cases prosecutors are unbending (even some lawyers do not know that the California legislature has made it essentially illegal for prosecutors to plea bargain DUI cases). When even excellent defense attorneys are unable to secure favorable pretrial dispositions (like dismissal or no contest pleas to lesser offenses), the remaining alternative is to try the case with the intention of winning an acquittal.

Trial is available by jury or, if the right to a jury is waived (don’t do it!) by a judge without a jury. I believe only a jury – or a fair judge who is open minded to scientific evidence – can fairly evaluate your case and dispense justice on you.

At trial, the government will have an obligation to prove each and every element of its case against you to the high standard of “beyond a reasonable doubt,” and you will have the opportunity to exercise all of your many rights, the most important of these being the following:

For acquittal (for all 12 jurors to decide you are not guilty), you and your lawyer will have to do some serious planning and may need to consult with one or more expert witnesses (physicians, physiologists or chemists). It is the job of these experts to use the scientific method to create reasonable doubt in the minds of your jurors. To stand a chance at being acquitted, the DUI defense team must knock out at least one of the elements of each crime charged. If that happens, the case will be won and you can never again be retried under the same set of facts. If some jurors vote in your favor and others vote to convict, you will have a “hung jury” and, if the court approves, the prosecution can have a new trial.

What Happens if I’m Convicted?

Prosecutors have a legal and ethical obligation not to file a criminal case unless they believe in good faith that they can prove and win the case under the highest burden of prove – the “reasonable doubt” standard. Most prosecutors are faithful to the law and won’t file bad cases or file cases in bad faith. That means that in many cases, the government has a pretty good case and is willing to risk taking it to court. What that often means is that they win, even though the defense attorney did everything right. If the government wins, the defendant will be convicted and will have to suffer a penalty. Each crime carries with it different minimum and maximum penalties. While jail time is authorized, first time DUI cases in Los Angeles county typically resolve in court pretrial with probation, a fine and assessments, DUI traffic school and some courses. Feel free to reach us at 818-500-0678 for details.

Independent of a criminal prosecution, the California Department of Motor Vehicles has an administrative process whereby the DMV determines whether a licensed driver should retain his or her driving privilege. Thus, in some cases, even though a court orders a certain license disposition, the DMV frequently tries to tack on an additional penalty – restriction, suspension or revocation. That’s why it’s important to immediately request a DMV hearing in all DUI cases. If a DUI defendant fails to properly request such a hearing within 10 days of arrest, the hearing right is forever waived.

A Word of Caution About Representing Yourself

The US Constitution guarantees you the right to represent yourself in a criminal case. Now that you know that, forget about it. Even lawyers with proper training and experience would have fools for clients by representing themselves; the level of emotional attachment a person naturally has to his or her own case is bound to cause serious objectivity problems, not to mention that courts are entitled to hold persons representing themselves to the same standards as well-trained attorneys.

The long story short is that if you walk alone into the arena of justice, you’ll stand a higher chance of being convicted without getting the maximum concessions from the prosecution. The result may be that your rights will be stripped for a long time and you’ll be marked for years in ways you may not even realize right now. Think about that before you put on your part-time lawyer hat.

Recent studies show us that distractions such as using a cell phone while driving are just as dangerous as driving under the influence. Still, that doesn’t make DUI right. We all have a responsibility to keep our roads safe for ourselves and our communities. The sad reality is that many people are killed because of drunk driving.

Even so, our legal system guarantees that people accused of crime have a bundle of important rights. If you’re arrested for DUI, demand every substantive and procedural right to which you are entitled; if you don’t, you might very well unwittingly waive them and thereby railroad yourself right into the slammer. Even if you think you’re guilty, talk to a lawyer about your case. You may be surprised to see that a good DUI lawyer can help you soften the blow of an already painful mistake. As any good lawyer knows, when the wheels of justice turn, they sometimes don’t stop at the just the right place. Taking responsibility for your DUI case requires you to defend yourself so you aren’t convicted of something worse than the truth.

Babachanian has been helping people work through their DUI problems for years. If you have a DUI case, give us a call 24/7 at 818-500-0678 and we’ll talk straight about getting rid of that dark cloud over your head.