A Right to Record the Cops? 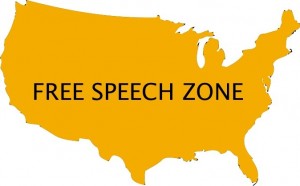 UPDATE: On November 26, 2012, the U.S. Supreme Court declined certiorari on a controversial Illinois law prohibiting people from recording police officers in the line of duty. The result was to leave in place a federal appeals court ruling that Illinois’ anti-eavesdropping law violates free-speech rights when used against people audiotaping the police. Read more in this Chicago Tribune article by Jason Meisner. On this issue of videotaping the police, here’s a Time article by Adam Cohen on the apparent birth of a new First Amendment right. Transparency is great for the people and the cops, so I’d love to see a movement with iPhones and GoPro cameras to safely record stops. Careful, though: this is emerging law; I don’t believe it’s yet been tested in the Ninth Circuit so YOU might end up being the Guinea pig! Maybe we’ll take it to court together!