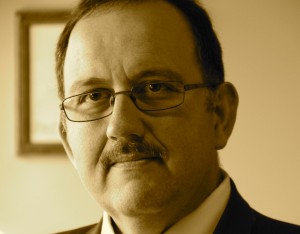 I’m California lawyer Sarkis Jacob Babachanian  – “Sark” – a results-oriented attorney-at-law, Nemesis of injustice, with broad and deep experience in criminal defense, general civil litigation and mediation. You can find me at a courthouse near you, and also at…

I’ve been actively practicing law since opening my private practice in 1994. I’m a member of the State Bar of California, am admitted to the California Supreme Court, all California state courts and to the United States court  (and Bankruptcy Court) for the Central District of California.

I’m fluent in Armenian and can communicate in elementary Spanish (“Spanglish”) and Russian. If necessary, I can arrange to communicate in virtually any language including Arabic, Cantonese, Farsi, French, German, Hebrew, Korean, Mandarin, Russian, Spanish, Tagolog and Vietnamese.

Just before beginning law school, I served as Executive Director of the Armenian Relief Society’s Glendale, California-based Earthquake Relief Fund for Armenia. The ERFA was a relief agency created to provide help to victims of the magnitude 6.9 earthquake that struck Armenia on December 7, 1988, killing at least 25,000 people and injuring untold others. I established and managed the ERFA’s offices, implemented the Executive Council’s policies and directives, coordinated with other charities, researched donation and grant sources, conducted media relations, supervised staff and volunteers and, of course, raised funds. Working with the ERFA was a blessing because I could do good by helping a stricken people while developing valuable skills.

I attended evening courses at Southwestern Law School. Southwestern built upon the foundation laid during my undergraduate Criminal Justice and Business Administration studies at the California State University, Los Angeles.

While at Southwestern, I held employment and externships exposing me to a broad spectrum of legal knowledge and experience. While in my first year of law school, I worked full-time as a law clerk with what is said to be “the world’s largest law firm” – the Los Angeles County District Attorney’s Office. My specialty was to work with criminal prosecutors and peace officers to save the people of the State of California resources by sending probation violators to jail without the need for expensive trials on new charges. The DA’s Office did this using inexpensive but Constitutionally sound probation violation hearings. It was an interesting job and exposed me to the inner workings and practical realities of the criminal justice system.

While still in law school, I left the DA’s Office to join a specialized judicial research and support team, the Los Angeles County Superior Court (then Municipal Court) Planning and Research Unit. As a PRU Legal Research Assistant, I delved into issues of civil and criminal law and procedure for Los Angeles County judges and others who subscribed to the PRU’s services and publications. I conducted short and long-term legal research, prepared legal memoranda for judges and staff attorneys, analyzed new legislation and helped prepare the PRU’s annual Legislative Report for publication. In short, my time at the PRU made me very good at quickly finding reliable answers to a broad range of legal questions.

Southwestern’s curriculum also gave me the opportunity to participate in two clinical externships. The first was as a California Bar Certified Law Clerk. I was assigned to my former employer – the LADA’s Office – this time at the Kenyon Juvenile Justice Center in South Central Los Angeles immediately after the 1992 LA Riots. This was a particularly important rotation because it opened my eyes to a world I had never experienced first hand – one of burned-out inner city neighborhoods home to a lot of good people who were being terrorized by hard, sometimes brutal…children. It was my job to represent the People in numerous arraignments, plea agreements, witness and victim interviews, and the like. I tried 14 cases while under the detached supervision of a prosecutor and won them all, earning the highest rating from Kenyon’s supervising Deputy-in-Charge. Still, the experience left me with the realization that the juvenile justice system was badly flawed. I also realized I was hooked on being in a courtroom.

My final law school externship – also as a California Bar Certified Law Clerk – was with the Office of the City Attorney, in Glendale, California, the city where I now practice. I gained valuable civil litigation experience through drafting pleadings and motions, watching trial and appellate lawyers in action and learning to tread carefully in what Prof. Van Alstyne’s has called the “mine field” of government tort claims law. The high-point of this externship was my service as a mediator and hearing officer in neighbor dispute and city code cases; there’s no substitute for experience, and when it comes to dispute resolution, this is where I cut my teeth.

I’m rather proud of my background and my family experience. I consider it to be an “American” story with the final chapters as yet unwritten.

I was born to Ararat (“Art”) and Anya Babachanian at Kaiser Sunset Hospital in Hollywood, California in August of 1964. I’m not astrological, but I kind of like the fact that I’m a Leo and ’64 was a Year of the Dragon.

I grew up in the LA suburbs of Montebello and Whittier and received my primary education at Armenian Mesrobian School, a parochial school run under the auspices of the Western Prelacy of the Armenian Apostolic Church; I’m a proud member of Mesrobian’s Class of 1982.

At Mesrobian I met most of my best friends and even after 40 years, we remain close. I’m Best Man to two of them, Godfather to the children of one, and another is my children’s Godfather. My own Best Man attended Mesrobian and another of my pals went on to become our Alma Mater’s principal. It’s an understatement to say we’re a tight-knit community.

So by now you’ve figured out that my folks came from Armenian backgrounds. Our ancestors once lived in historical Armenia – Alashgerd on pa’s side and Artvin on ma’s, but Turkish pogroms and the Armenian Genocide forced them out. Right after World War II, Art and Anya emigrated to the United States as displaced persons (“DPs”) from the then-Soviet Union, Art from Armenia and Anya from the Ukraine. Their stories of the tribulations they endured at the tyrannical hands of the Bolshevists and the Nazis helped form my character as a person who dearly values and is willing to fight for traditional ideals like justice and fair play. My being a lawyer is closely tied to the lessons they taught. Like so many before but not too many since, my folks sailed into New York Harbor under the gaze of the Statue of Liberty; I’m told my mom actually sang God Bless America as they came in. America meant everything to them. They landed at Ellis Island with a couple of kids and not much else. After a few years in Brooklyn, they headed to California, by then a family of five.

Like thousands of other WWII Armenian DPs, the Babachanians settled in the east Los Angeles area – Rosewood Park first, then the suburb of Montebello and finally Friendly Hills in Whittier. Art and Anya built a business called Wonder Toys Co., Inc. Back when the United States still had a manufacturing base, Wonder Toys designed, manufactured and distributed plush toys (teddy bears and such) for the carnival and amusement industries; you might have even won one of our St. Bernards or valentine heart polar bears at a carnival! Eventually, most of the US’ manufacturing jobs went overseas, but Wonder continues to operate today, half a century later, as a distributor and stuffing contractor.

Art and Anya have since passed, but they live on in many ways – in their children, grandchildren and great-grandkids, in Wonder Toys still chugging away after all this time, in the spirit of the DP community, in the spirit of their lessons on why America must continue to be a beacon of hope to the world – and in the spirit of my law practice. Yes, Anya, may God Bless America – now more than ever.